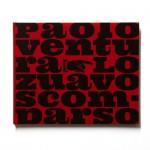 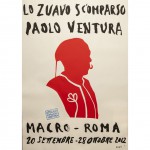 My work focuses on memory, but actually it has more to do with imagination and fantasy, as memory already has its own structure, and I don’t need that structure, nor am I interested in it. I’m not interested in recreating past worlds, as though I really was in Milan in the 1950s. What I am interested in is taking an atmosphere and using my imagination to build on it. Because there are certain atmospheres, but they are not actually like that in reality, there are contradictory worlds in which the periods contradict each other. Rather than recreating a world that has already existed, I prefer to invent another, which I have not seen. The fact that I set it in the past gives me the freedom to recount stories in a less precise manner. I am freer, there are fewer compromises because I build a past that becomes a box in which I place my objects, and it is very convenient. That doesn’t mean that I’m nostalgic or romantic. I build another world that is my world, because there’s no doubt that my world has been nurtured by certain images! In order to build an imaginary world you have to start somewhere.

There are no reviews yet.